3 Mysterious Connections Between Your Productivity and Your Laptop Charger

You know that thing all the people yap about, the one called: life and work balance?

If you used to be an employee and just turned company owner, or freelancer, or as in my case you're trying to build a completely new company out of nothing... with no real budget, and no 37 project managers and middle managers and interns and assistants, well then you realize:

Work-Life Balance is a Load of Crap, Just a Shiny Word

When you are deep into something, you easily pull a 12 hour workday and have no time left for your family. That is pretty sad. But it doesn't make it less true.

Or you get so exhausted that you don't even know if it's night or day. Trust me, I've been there. And it didn't really benefit anyone.

If you are lucky, and you don't have to work 12 hours a day, then it's a little easier to get some quality time to spend as you want to.

But in order to achieve that, sometimes in the beginning you will have to make sacrifices. And a lot of people won't understand you. They will make fun of you, or tell you you're crazy. The advice is not to give up, and you will eventually get to the point when you can learn how to do more quality work in less time.​

It is mostly about priorities: the time you're not spending on your company, should be used for something at least similarly interesting or better. And by that I mean watching Breaking Bad for the third time, or reading something by Stephen King, or of course, spending time with your kids.

Work-life balance in #t9n #l10n world is a myth. There is a wicked way so #xl8 people can do more faster.

But let's get back to the things You can change in your life, in order to increase productivity, do more in less time and still have the energy to play for hours with your beloved ones.

It all starts with the decision not to bring your laptop charger to the office. Or, you know, your place of work: coffee shop, Starbucks, whatever. Even if it's just in the attic of your home (are there people who work in the attic and are not mad professors who try to create a new Frankenstein monster?)​

Stop Taking the Laptop Charger to the Office

1. You just got an unrealistic deadline for all important stuff: You Have To Learn To Prioritize!

If you're good with to-do lists or planning your week in advance, just like the Big Boys do (read: control freaks), then you're lucky. But if your list is like mine, it's more a huge pile of notes and stuff that needs attention and half of that is work the rest is personal, family, house, whatever.

When you don't have your laptop charger, you're in a nick of time. You're forced to make some priorities on what you will do with that list.

First, you learn to concentrate only on the work. On stuff that brings money in. Which is good. You can finally forget about Youtube funny videos or cute cat pictures on Facebook (if you watch them in the first place, you need to rethink your life), and you can concentrate at the task in front of you.

I'm not saying this will work for everybody. You know some people just can't wrap their minds around things like "let's stop gossiping and just do some work", but ​for me it worked. For some reason, less time made me do more, because of all the distractions were gone.

Couple of weeks ago there was an article about the difference in productivity of people in Hungary and in Austria. I believe it was something about "why the Lidl cashier in Austria makes 4x more than the same person in Hungary".

The article went on and on about cultural differences and bunch of irrelevant information, but the bottom line was this:

Unfortunately, people in Hungary are just not that productive. The person in Austria (or for that matter, most part of the Western Europe) is way more productive during the working hours than people here. If they work for 8 hours, their actual working hours might add up to, say, 6. That's 8 with lunch break and, whatever other breaks you need to do. Same amount of time spent here in Hungary equals 2,5-4 hours of actual work.

Best case scenario, if You're in Hungary (but we could be so brave and say that it also could work as statistical data for a lot of other countries), you only do half of what is expected. That is the average. Now You are better than this, but still, since everything can always be improved, maybe it's time to do so.

With your laptop battery being your worst enemy, and with a list huge enough, you are forced to do smarter, better and faster work. Because anything that you don't finish in that working day, will have to wait for the next day. Which brings us to the 2nd thing in the No Charger Office:

2. Your Family Starts to Appreciate You More

Once you commit to this philosophy, you're not allowed to work from home. I mean, okay, in extreme cases You are allowed to "cheat" a little. Life happens, catastrophes happen, super-urgent translation that you just sent has to be checked one more time or the world will explode, happen.

Work from home again only if there is an emergency. Anything less than a Volcano erupting 3 blocks from your house, do not open your laptop, at least not until your kids are asleep.

For some reason, there is a high probability You'll feel something amazing happened.​

You're no longer that overworked, 24/7 over the laptop, workaholic crazy person (mom/dad/husband/girlfriend whatever), red-eyed zombie who doesn't get enough sleep, but sure as hell drinks too much.

You're the new cool mom or dad who has time to cook, to play with her kids, to watch a movie together with the whole family...

It probably sounds like utopia if you're new to this, or you work as a freelancer. But nobody should convince you that it's impossible to achieve this.

It does take a lot of discipline, though. And adjustment. It can take you couple of years to get to this point (speaking from experience), but once you manage to reach this point, it becomes very soothing. Comforting. When you know you can just take half of the day of, or hey, three days if you need to, and the world will still keep spinning around.

Which brings us to the third point:​

3. You Realize There is an Outside World, Away from Books, Dictionaries, Computers and the Dreadful HR Team

People who spend too much time working on-, trying to achieve-, thinking about-, and dreaming about their goals are borderline delusional. It's easy to go so deep into this circle of cutting out the outside world, that you start feeling like those "dream-in-a-dream-in-a-dream" guys in Inception (one of the best movies in the world and also, outside the world too).

So there has to be some new ground rules. Think of an hour, work out for an hour. Or every day after work, restart your brain with a good run (jogging, you know, keeps you healthy).

Or do something completely different. Drive around. Listen to loud music. Go for a three hour walk in the woods.

Don't spend all your time on just one thing, because it's gonna box-ya-up and once you're in the box, it's not so easy to get out of it.

You Can't Do All of This Because You Don't Have Time?

When you commit to this new plan, you will have to make some changes in your life. First one is that you'll need to organize better. Both work and personal things.

And the first step in organizing your own company, is having these two things: all data at one place, and smashin' good processes to follow. And THAT is what miniTPMS is created for.

It's here for You to take control of your company, and your life.

You don't have to think about how things are done, where they are, who is responsible for what because this app is keeping it all for you in a convenient place.​

Once you understand how much time miniTPMS saves you, you start noticing there are other things besides your office and your house.

So How To Get The Discipline for Extra Time?

Well, first of all, start using some kind of TMS in your company. It doesn't have to be miniTPMS (though this one is the coolest), but you will need some system for:

If you're trying to do all this translation management with just an excel sheet, that's a complete disaster.

But a good TMS is a good start.

So start today. If yon want to know more, here's the deal: Click here now to learn a lot, and get some serious discount possibilities! (subject to some also very serious cowboy and sheriff criteria matters, like sheriffness, and cowboyship. And many other non existent words) 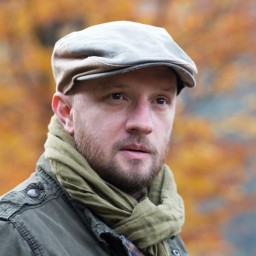